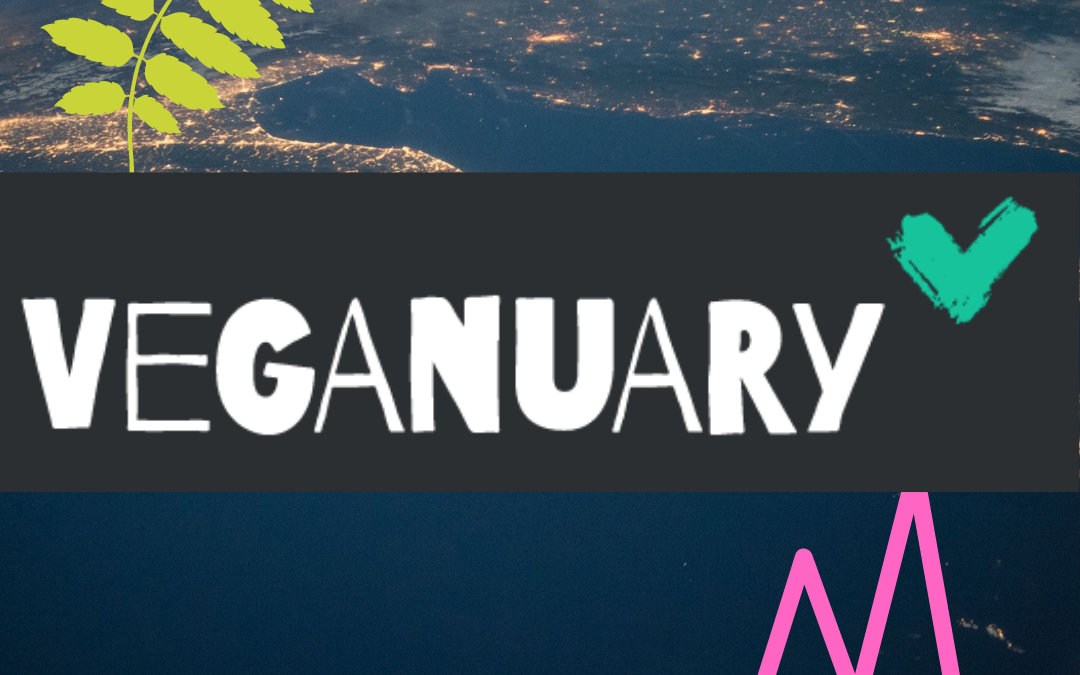 This is an archive posting, first posted in 2018, but bought to you fresh and fine, once again in December 2020. Enjoy 🙂

OK, so we are well into Veganuary now! I thought I would share with you some of my findings so far. If you are doing Veganuary too then I hope that it is going well and that you are filling your stomachs with delicious vegan foods!!

So, my first thought is about people’s reaction to you being vegan.

“The only desert I could have made you was fruit salad…”

“You decided you were having too much fun, so you thought you’d go vegan…”

“You’ll live forever but you will be miserable…”

“You must be starving…”

“This food over here is for normal people…”

Well. I don’t have a problem with people having an opinion that is different to mine. What I do struggle to deal with is when people pass comment without having ever tried a vegan meal or without asking for a taste of whatever you are eating. Veganism isn’t for everyone but there is no need to judge someone based on no knowledge of their side of the conversation – although even as I write that I realise that it’s always going to be the way. Whether it’s about my vegan meal or politics or religion or whatever.

I don’t mean to rant but just saying – it wouldn’t hurt to be a little more open minded! 🙂

Because actually I have eaten some of the most delicious meals I have had in ages over the past week or so! Plus, my wonderful, supportive boyfriend decided to Veganuary with me – and to say that he was sceptical is the understatement of the year, so it’s exciting to hear his point of view on it all!

We started off with my boyfriend making a SUPER TASTEY sweet potato curry:

Not only good on the day he made it but have us lunches to take to work for a couple of days too – and it was super cheap to make, which another of our findings. Veganism is cheap if you are making things from scratch!

It was then my turn to make dinner so I made a delicious falafel wrap – which is my go to dinner for when I am cooking for a non-vegan but want to eat vegan food because it’s so easy and full of flavour that I’ve never had any complaints.

I use ready-made wraps – you have to check which ones are definitely vegan, but a simple internet search or look on “Accidentally Vegan” will answer most questions for the novice vegan cook! Then I spread them with hummus and some baby spinach leaves. In the oven I cook some mixed veg. I normally do tomatoes, courgette, aubergine, pepper, mushrooms but you can do whatever you’ve got or fancy. I season these with chilli and garlic to make them extra tasty and I also bake some falafel. Again, I use shop bought but you can make them yourself if you have the time. When it’s cooked I put the veg and falafel in the wrap, add some seasoning and ta-da! Delicious falafel wraps all round! I did 3 wraps for 2 of us and it was plenty… we were really full after these bad boys!

We then went on to master home-made garlic bread and basically made our dinners to go around making more garlic bread!! So, we had a wonderful vegan-friendly pesto pasta with Linda McCartney vegan sausages and veg, plus a great vegan risotto – basically a normal risotto but without cheese at the end – and you don’t miss the cheese to be honest. They were both really tasty dishes that I would definitely make again! (Plus, there was plenty for lunches the next day, saving us some serious dollar! $$$)

Now, by far the biggest test was a roast. My family is huge, so every year at the beginning of January we get together – there is about 20 of us now – and we have what we call “Fake Christmas”. We have a full Christmas dinner and do Secret Santa and play games. It’s one of the highlights of the year!! So, we had a full vegan roast – which did not disappoint. Although – my sister was a huge help, as she is a full, proper vegan and could help get some great stuff on our plates!

We had a 3-course vegan roast dinner (there was an apple crumble, but I got a bit over excited and forgot to take a snap!)

We had 3 canapes – falafel and hummus, summer rolls with a peanut satay sauce and tomato bruschetta. Then we had a lentil bean roast – with vegan pigs in blankets!! – and apple crumble. Who can complain about that!?! It was phenomenal and although we did get some sympathetic looks from my family that we were missing out on turkey and gammon, I had a really great dinner – and the boyfriend agreed with me!! 🙂

I think after a week in, we have got into the swing of things – so it’s actually quite fun to think of new things to do for dinner! My boyfriend says it’s making us better cooks and it’s really making us think about our meals, so we are eating better for sure!! The Christmas weight will be lost in no time too! We are both feeling the difference, which is an added bonus!

We also braved eating out! We had a date night as vegans – it actually ended up being a really great night. We went to a talk about Buddhism and then went to Pho – which is one of our favourite places anyway – and they do lots of vegan options. You can see their full vegan menu here.

We had Spring rolls and summer rolls, then I had a mushroom pho and my boyfriend had mushroom and tofu noodles – it was all soooooooo good. So. Good. If you have not been to Pho – vegan or not, then go. Try to be vegan though, of course! 🙂

One thing that we are finding this week is that we are sleeping better – not sure if other people doing Veganuary are finding this?? Neither me or my boyfriend are great sleepers but we have been sleeping soundly the last week or so.. it’s lovely! I feel quite refreshed, although it’s still a struggle to get out of my warm, cosy bed on a cold dark morning!

Update: We now take part in Veganuary every year, we love to use it as a way to detox after Christmas and to start the year off on a positive note. It allows us to find new recipes and ingredients to give our year some variety! I highly recommend giving it a go if you haven’t tried it before!

Guilt-Free Vegan Party Recipes To See You Through To 2021.

Where To Find Delicious Vegan Recipes…