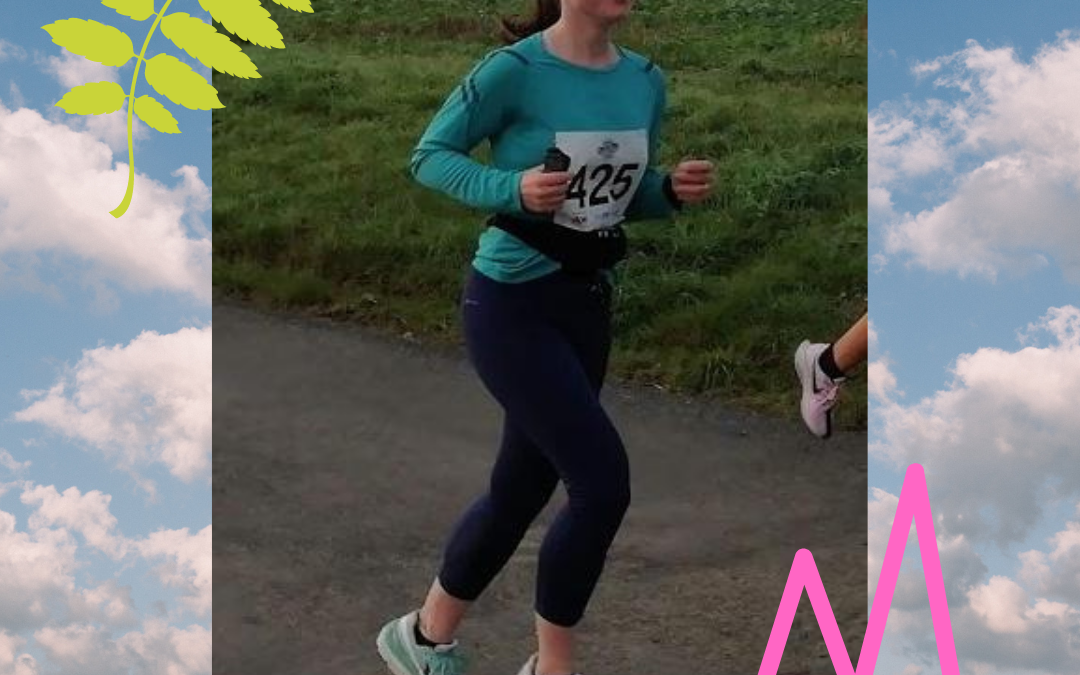 I am leaning against a large tree, hands on knees. It is hot. I am tired. Passersby are giving me slightly concerned side glances, and I am resolutely ignoring their gaze as a way to subtly communicate that despite appearances, I am fine – or at least, will be. After a few seconds, my breathing slows a little. I stand up straight, check my watch, and start a slow walk.

I’ve just finished my second rep of 10k-paced miles. It’s the hardest speed session so far on my training plan, the weather is an uncharacteristic 25 degrees celsius even at 7:30pm, and my pace for each rep has already slipped off target with another four laps still to go. As I walk to my starting point for the next rep (which my plan says I should be jogging – ha!) I’m filled with a sense of failure. I can’t hit the pace I want to hit and it feels infinitely harder than last week. My rational mind knows that the heat will be making a big difference, but it’s being drowned out by a much louder voice that is telling me that I ought to be able to overcome it and if I can’t I should just give up because I’m not deserving of the run. I ought to be able to find mental fortitude outstripping my physical limitations that means I can dig deep and speed up. Deep down, I know that if the motivation were right, I probably could just about manage the pace today, the way that any new runner after their first race is astonished at how much faster they ran than in training. But I can’t do it today. That can’t be blamed on the heat. That must be because I’m lazy.

Fortunately, in the jenga-style stack of blocks that make up my self-worth, being a good runner is one of those side pieces near the top that removing does not threaten to send the whole heap falling over. As my breathing returns to a normal rate and I’m able to pick up a slow jog, I can more rationally consider my options. I could give up now – but there’s more in me and I don’t want to. I could carry on trying to hit my target pace, but I know that will just lead to further feelings of failure. Instead I turn my watch over and do the next four mile reps at a pace that feels tough, but without checking my time until I finish each lap. It’s still hard, but I feel stronger, more in control, and less likely to attract the attention of my fellow park-goers by collapsing against a tree in distress. The jenga block is safely back in place.

Just as with life, there are different strategies you can take on a run when it’s not going well. Sometimes giving up is the right thing to do. Running can be great meditative alone time, but that can allow you to be too in your head. Running with friends and playing loud music often helps, as does running faster (anyone who’s ever tried to convert mile pace to km in a race can attest to the fact that your brain switches off if you’re running hard enough!) – but deciding that, actually, maybe today isn’t the right time for me to spend three hours alone with myself is ok too. Sometimes, as I found on this run, giving yourself permission to slow down can save a run that is making you feel bad about yourself. Sometimes pushing on with a run you’re not convinced you can finish and managing it against the odds will make you feel on top of the world.

People often talk about the runner’s high and how brilliant running can make you feel, and that’s undoubtedly true. But at the same time, there are days when it does just all go wrong. They say you never regret a run – well, probably not, but setting yourself up to ‘be a runner’ means setting yourself up for sometimes failing to be one. I am proud of my running but I try not to be too proud, given the fall that follows is often only too literal.

But don’t give up running, or fail to start, because you’re worried you won’t stick to it or because you’ve had a bad run. If you’re new to this, I’m afraid to say that you will never find it easy to drag yourself out when it’s cold, raining, and you didn’t finish work until 8pm. It will never be easy, but it will become habitual.

I started running seven years ago. I had just moved to London, and my work meant I was travelling a lot, so running felt like the easiest option to exercise. Like a lot of people, I started couch to 5k and struggled through the early weeks as running more than a few minutes at a time felt impossible. As the months passed, it got easier, and my chronic lack of a sense of direction meant I’d frequently end up going for runs longer than I meant to. When I reached 15km (planned run: 12km), I entered a half marathon and haven’t looked back. I’ve gone from a person who reluctantly bought a pair of trainers back then so I could eat more cake, to owning so many pairs now I can’t keep track (I still eat a lot of cake).

A couple of weeks later, I’m out again for my Tuesday night interval session. This time it’s cooler, I’m mostly hitting my paces, but it’s still tough. Halfway through my final lap, a little voice comes out of nowhere and says “keep going – you’re doing brilliantly”. That’s why I run.

Written by Florence for Small World, Big Cause Blog – thank you.

My Fitness Journey So Far…

5 Videos To Kickstart Your Motivation.

The Importance Of Accountability.